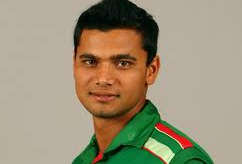 Mashrafe Bin Mortaza is a Bangladeshi cricketer and former captain of the Bangladesh national cricket team. He broke into the national side in late 2001 against Zimbabwe and represented Bangladesh before having played a single first-class match....Read more on about Mashrafe Mortaza horoscope