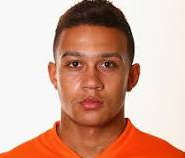 Memphis Depay is a Dutch footballer who plays as a left winger for Eredivisie club PSV Eindhoven. In 2012, Memphis decided to drop Depay from his shirt, and play with Memphis printed instead, due to his father hardly being in his life....Read more on about Memphis Depay horoscope