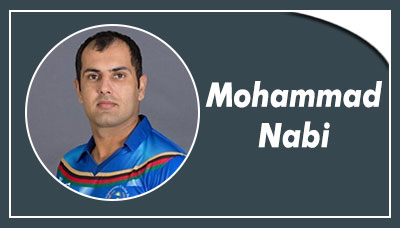 Mohammad Nabi is an Afghan cricketer. He is a right handed batsman and is a off break bowler. He holds the record for scoring the fastest 50 in T-20 internationals. He is playing for Sunrisers Hyderabad in IPL 2018....Read more on about Mohammad Nabi horoscope