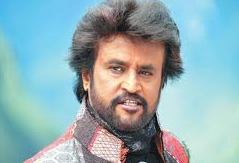 Rajnikanth is an immense famous actor of Tamil film Industry who was originally named Shivaji Rao Gaekwad. He was a bus conductor by profession; however he started sharpening his acting skills in the first phase of 70s by participating in various theatre plays. With the passing of time he becomes very popular by giving a series of hits. Rajnikanth is known as the God of the Tamil fin industry. He has a huge fan following who treat him as the God of Movies. He is one of the highest paid actors of Asia after Jackie Chan who has build a record of receiving 26 crores rupees as his fee in the super hit movie 'Shivaji- the Boss'. Rajnikanth is a brilliant actor who has given various blockbusters like Murattukaalai, Pokkiri Raja, Thanikattu Raja, Naan Mahaan Alla and Moondru Mugam. In due course of his success, he has made the costliest film of both bollywood and Tamil film industry named as Robot which is listed as one of the biggest block buster of the respective year. Well accompanied by huge success, Rajnikanth has faced some health problems, but this reason could not put much effect on his confidence. So, Let us know more about his fate as well as his success in the upcoming days by having a look at his horoscope....रजनीकांतच्या कुंडली बद्दल अधिक वाचा