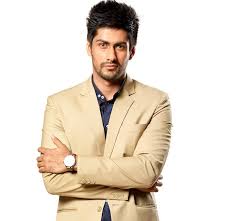 Namit Khanna was born on 29 October, 1985 in Delhi. He is an Indian actor, model who works in television industry. He is best known for his role of Siddhant Sinha in ITV series Yeh Pyaar Nahi Toh Kya Hai and Dr. Siddhant "Sid" Mathur in Sanjivani....Read more on about Namit Khanna horoscope