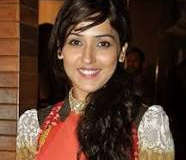 Neeti Mohan have a good constitution. Neeti Mohan possess a considerable amount of vitality and it will be preserved well into old age, if Neeti Mohan take plenty of outdoor exercise. But, this can be easily overdone. Should Neeti Mohan exceed a reasonable amount, trouble will manifest itself in the breathing apparatus and will lead to bronchial diseases. Neeti Mohan are liable to attacks of sciatica and rheumatism after 45 years of age. It will be difficult to assign a reason for these attacks, but manifestly they are due to exposing Neeti Mohan'sself too frequently to the night air.

Reading, painting, the drama, and such pastimes as require artistic and literary feeling will occupy Neeti Mohan's mind. It would not be surprising to find that Neeti Mohan suddenly developed and interest in Spiritualism or things relating to the supernatural. Anything to do with travel will also attract Neeti Mohan, whether it is on land, sea or in the air. For such games as cricket and football, Neeti Mohan will have very little time. However, Neeti Mohan will be interested in indoor games like table-tennis, carom, badminton etc.