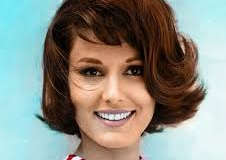 Paula Prentiss is an American actress best known for her film roles in Where the Boys Are, Man's Favorite Sport?, The Stepford Wives, What's New Pussycat?, The Black Marble, and The Parallax View....Read more on about Paula Prentiss horoscope