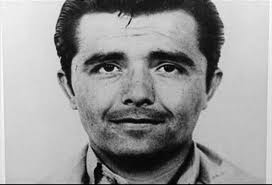 Perry Smith are authoritative and stubborn in Perry Smith's business life. Perry Smith must be the leader than the follower. Try to look at problems objectively, and do not make decisions just because Perry Smith's are obstinate, as this could be Perry Smith's biggest bottleneck to achieving job happiness and success.

Perry Smith will not be happy in any occupation that is humdrum and safe. As long as every day brings its fresh set of problems to be solved and surmounted, Perry Smith will be satisfied. But anything with a spice of danger or intrepidity in it will please Perry Smith even more. Some examples of this type of profession are : surgeon, construction engineer, top management posts. A surgeon would appeal to Perry Smith because people's lives and Perry Smith's own reputation depend upon Perry Smith's actions. A construction engineer has to overcome exceptional difficulties in building, say, a mighty bridge. What we meant to say is that any job which require very high caliber and have some spice of danger is suitable for Perry Smith.