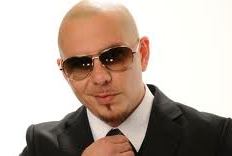 Pitbull never forget friends. Consequently, Pitbull have a large circle of acquaintances, many of them speaking a foreign tongue. From among this large circle Pitbull will choose a partner, if Pitbull have not already done so. Usually, the choice will surprise those who know Pitbull best. Pitbull will marry and be comfortable. But, marriage will not be everything to Pitbull, as it is to most people. Other diversions will be there with it and take Pitbull's interests away from the home. Should Pitbull's partner endeavour to curb this inclination, it may lead to a possible rupture.

The length of Pitbull's life depends more on Pitbull'sself than on the fates. Pitbull have the power to attain a rip old age. But, if Pitbull wish to do so, Pitbull must take particular care of Pitbull's lungs. Seek all the fresh air Pitbull can obtain and, without making Pitbull'sself a faddist, dwell as much as possible under the sky of heaven. Make a practice of regular walking and see that Pitbull's head is up and Pitbull's chest open. Colds and coughs should never be neglected, and damp air is highly injurious. As a secondary caution, look to Pitbull's digestion. Never overload it with foods that are rich and hard to digest. Plain food will serve Pitbull best.

Vigorous pastimes attract Pitbull most and they do Pitbull the most good. A really fast game like football, tennis, etc, is a capital outlet for Pitbull's energies and Pitbull will be all the better for it. Pitbull will like walking when middle-age is reached, but Pitbull will think more of a fourteen than a four mile walk. On holidays, Pitbull will not want to sit the beach and wait for the next meal, with only a newspaper to amuse Pitbull. The most distant hills will beckon to Pitbull, and Pitbull will want to know what they look like close to.