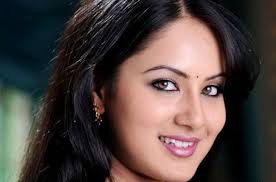 Pooja Bose is an Indian Television actress. She is also an accomplished Bengali movie actress especially well known for her movies Challenge 2 with co-star Dev and Loveria with co-star Soham Chakraborty....Read more on about Pooja Bose horoscope

Pooja Bose may get indulge into sudden losses financially. Failure in attempts will make Pooja Bose feel frustrated. Pooja Bose will have to slog as the work burden will be too much. There is displacement, transfer and trouble in foreign lands. There are chances of falling into bad companies so, better aware of that. Pooja Bose's health will be weak and Pooja Bose will be caught by many diseases. Pooja Bose's social reputation can also be hampered. There will be disputes with good people in the society. ... Read more on Pooja Bose 2022 Horoscope

A birth chart (also known as kundli, janma kundali, or horoscope) is a map of heaven at the time of birth. Pooja Bose's birth chart will show you Pooja Bose's planetary positions, dasa, rasi chart, and zodiac sign etc. It will also allow you to open Pooja Bose's detailed horoscope in 'AstroSage Cloud' for research and analysis.... Read more on Pooja Bose Birth Chart