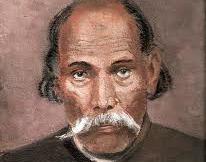 Ustad Rajab Ali Khan was an Indian classical vocalist. Rajab Ali learned music from his father Mughal Khan in the tradition of Bade Mohammad Khan, and from Bande Ali Khan Beenkar. In this way his style was a mix of the Jaipur and Kirana styles....Read more on about Rajab Ali Khan horoscope