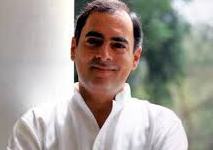 Rajiv Ratna Gandhi was the Sixth Prime Minister of India, serving from 1984 to 1989. A scion of the politically powerful Nehru–Gandhi family associated with the Indian National Congress party, his grandfather and mother were also prime ministers....Read more on about Rajiv Gandhi-1 horoscope