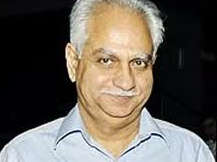 Some ups and downs in money matters and position are on the cards for Muntha. There may be heavy financial losses and loss of property. Money matters should be taken care of. Keep Ramesh Sippy's temper in check from getting into embarrassing situations as there are chances of disputes with close associates and relatives. Ramesh Sippy need to keep a check on Ramesh Sippy's health because sickness in on the card. ... Read more on Ramesh Sippy 2022 Horoscope