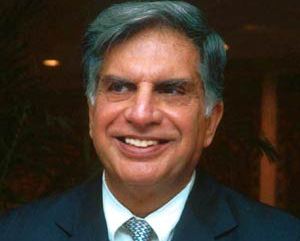 Look for a career where Ratan Tata can use Ratan Tata's abilities to carry out projects in minute detail. These projects must be perfect, and Ratan Tata will not be under pressure to limit the time it takes to complete them. For instance, if Ratan Tata go into interior design, Ratan Tata should have clients who have enough money to spend so that Ratan Tata can do an elegant job.

Ratan Tata are not fitted for any calling that is decidedly strenuous, nor do Ratan Tata care for too much responsibility. Ratan Tata do not mind work, in fact work agrees with Ratan Tata, but it must not involve a load of responsibility. While Ratan Tata are prepared to turn Ratan Tata's hand to almost anything, it is very noticeable that Ratan Tata have a decided flair for all that is cultured and clean. In addition, Ratan Tata may have noticed that an occupation which brings Ratan Tata in contact with bright lights and a certain amount of gaiety suits Ratan Tata far better than one that relegates Ratan Tata to loneliness and quiet. As a matter of fact, Ratan Tata's own quiet nature cannot tolerate quiet surroundings and it yearns for brightness and anything cheery.

In matters of finance Ratan Tata will be fortunate and will be likely to acquire considerable wealth. Ratan Tata will be careful in speculation, investing Ratan Tata's money in solid concerns and in building up industry and business. As a rule, Ratan Tata will be more lucky in money matters than otherwise, having much given to Ratan Tata and meeting great opportunities. If Ratan Tata had to go into business Ratan Tata would make a success of enterprises connected with the luxurious side of life more than any other, such things as the decorations of homes, millinery, dresses and flower shops, the catering of food, restaurants or hotels. Ratan Tata's class of brain is of a very clever order but so quick and versatile that Ratan Tata would tired easily of any routine or monotonous life.