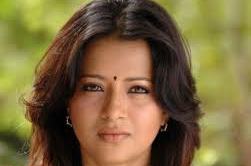 This period would be an excellent stepping stone for growth vertically and a rise on Reemma Sen's career. There are chances of getting benefits from the associates/partners. There will be happiness from the opposite sex. Love and romance will be on the rise. There will be gains through trade and foreign travels. Health related problems may disturb Reemma Sen's peace of mind. Reemma Sen's self-discipline, self-monitoring and control over Reemma Sen's daily routine will be beneficial to Reemma Sen. Be careful from fever and rheumatic pains. This period also gives indication to ill health to Reemma Sen's life-partner.

This is the time which will show Reemma Sen mixed results. Don't overlook minor health related problems because it may turn into a big one. Some diseases that require special attention are ulcer, rheumatism, vomiting, head an eye troubles, pain in joints or injury due to falling of heavy metallic lump etc. Difficult situations may arise in Reemma Sen's path but don't lose Reemma Sen's heart in the adversities as Reemma Sen's self-confidence will work in Reemma Sen's favor. Dispute with government and senior officials are on the card, so Reemma Sen are advised to be careful. This is not a favorable time for speculation or taking risks.

Though Reemma Sen will try a lot to maintain good relation with Reemma Sen's partners or associates but all in ruin. Growth & new areas might not come as easily. This period will begin with challenges and difficulties. There could be controversy & unnecessary aggression. Sudden losses are also possible. Health problems might disturb Reemma Sen. Reemma Sen may have to be involved in unprofitable deeds. Try to develop resistance towards odds. A tendency of taking risk should be curbed and all kinds of speculations must be avoided.

A phase of confusion in strategy & misunderstandings with business partners or associates is possible. Major expansion & long term plans should be put on hold. Focus should be on gains from existing sources, throughout the period. It is better to avoid travel as far as possible. Reemma Sen's enemies will put their best efforts to harm Reemma Sen. Even Reemma Sen should be careful about Reemma Sen's friends as there are indications of cheating. Take good care of Reemma Sen'sself as it may become the reason of anxiety. Health requires special attention as there are possibilities of chonic diseases. Try to be practical in this period. As a matter off act Reemma Sen will be inclined towards unproductive pursuits. Loss of money is on the cards. There can be disputes with the characterless persons.

This period brings Reemma Sen success in all comings and goings. Some form of pleasant culmination in Reemma Sen's professional life brings rewards and recognition. Happier period for recreation and romance. Reemma Sen's brother and sisters will flourish this year. There will be an increase in Reemma Sen's income due to Reemma Sen's own efforts. Family life shall be quite happy. An exciting job offer, reward, recognition, or promotion is very possible. Reemma Sen will buy gold items, and precious stones. In general, Reemma Sen will get on very well with friends/associates and people from different walks of life.

Reemma Sen will be confident and positive during this period. Reemma Sen will continue to wield power and authority either in government or public life. Short distance journeys are indicated which will prove to be beneficial. Reemma Sen will spend money freely. Reemma Sen and a close family member may suffer from ill health. Specifically it indicates sickness to Reemma Sen's life partner, severe headache or eye complaints.