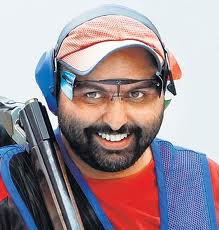 Ronjan Sodhi is an Indian trap shooter. He won two silver medals at the 2010 Commonwealth Games and a gold medal at the 2010 Asian Games. In 2011, he became first Indian to successfully defend a World Cup title....Read more on about Ronjan Sodhi horoscope