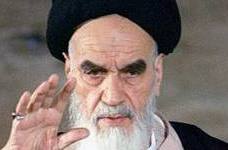 Sayyid Ruhollah Mostafavi Musavi Khomeini was an Iranian religious leader and politician, and leader of the 1979 Iranian Revolution which saw the overthrow of Mohammad Reza Pahlavi, the Shah of Iran....Read more on about Ruhollah Khomeini horoscope