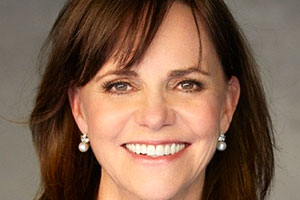 Sally Field's career must offer Sally Field both intellectual stimulation and diversity. Sally Field like to do many things at one time, and probably will have two professions.

There are many remunerative occupations which might engage Sally Field's energies profitably. Sally Field's aptitude for making plans fits Sally Field for a whole host of businesses and trades where originality counts and this applies just as much to women as to men. Trained in another direction, the same quality would help in organising. Thus, Sally Field's are eminently fitted for directing the details of large commercial concerns. What Sally Field should avoid are all those jobs which are the same year in, year out, and where one day's work is merely a repetition of another. Routine jobs are not for Sally Field.

In matters of finance Sally Field will be fortunate and will be likely to acquire considerable wealth. Sally Field will be careful in speculation, investing Sally Field's money in solid concerns and in building up industry and business. As a rule, Sally Field will be more lucky in money matters than otherwise, having much given to Sally Field and meeting great opportunities. If Sally Field had to go into business Sally Field would make a success of enterprises connected with the luxurious side of life more than any other, such things as the decorations of homes, millinery, dresses and flower shops, the catering of food, restaurants or hotels. Sally Field's class of brain is of a very clever order but so quick and versatile that Sally Field would tired easily of any routine or monotonous life.