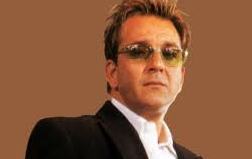 Sanjay Dutt is better known as the son of Sunil Dutt and Nargis. He made his first appearance in hindi film industry in the year 1981 in the film ‘Rocky’. He developed a bad habit of taking drugs as he grew up. He was under the clutches of drugs. His father Sunil Dutt seeing his condition sent him to a rehabilitation centre in the US. In the year 1991, He gave two huge hits – ‘Saajan’ and ‘ Sadak’. His movie Khalnayak was a big hit. After this film, the sun of his film career set for sometime. He had to suffer an imprisonment on account of having connections with some illegal arms. He remained in the cell for almost 18 years. But when he returned , he gave three hits in one go. He is still very famous for his Munnabhai series of films and is busy in doing next sequel of Munnabhai series....Read more on about Sanjay Dutt horoscope

Some ups and downs in money matters and position are on the cards for Muntha. There may be heavy financial losses and loss of property. Money matters should be taken care of. Keep Sanjay Dutt's temper in check from getting into embarrassing situations as there are chances of disputes with close associates and relatives. Sanjay Dutt need to keep a check on Sanjay Dutt's health because sickness in on the card. ... Read more on Sanjay Dutt 2022 Horoscope

A birth chart (also known as kundli, janma kundali, or horoscope) is a map of heaven at the time of birth. Sanjay Dutt's birth chart will show you Sanjay Dutt's planetary positions, dasa, rasi chart, and zodiac sign etc. It will also allow you to open Sanjay Dutt's detailed horoscope in 'AstroSage Cloud' for research and analysis.... Read more on Sanjay Dutt Birth Chart