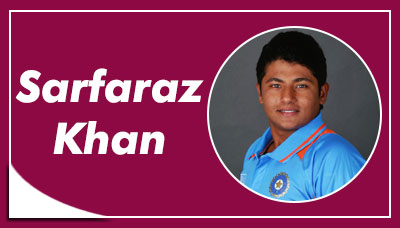 Sarfaraz Khan is an Indian cricketer who plays for Uttar Pradesh in domestic cricket. He bats right handed and bowls right arm off break. He has been playing for Royal Challengers Bangalore since 2015 and is still a part of the same team in IPL 2018....Read more on about Sarfaraz Khan horoscope