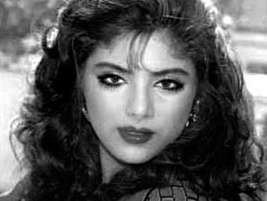 Bakhtawar Murad Khan, better known by her screenname Sonam, is a former Bollywood actress and also appeared in Telugu Cinema. She is the niece of actor Raza Murad and great-niece of veteran actor Murad. Her cousin is actress Sanober Kabir....Read more on about Sonam horoscope

Some ups and downs in money matters and position are on the cards for Muntha. There may be heavy financial losses and loss of property. Money matters should be taken care of. Keep Sonam's temper in check from getting into embarrassing situations as there are chances of disputes with close associates and relatives. Sonam need to keep a check on Sonam's health because sickness in on the card. ... Read more on Sonam 2023 Horoscope

A birth chart (also known as kundli, janma kundali, or horoscope) is a map of heaven at the time of birth. Sonam's birth chart will show you Sonam's planetary positions, dasa, rasi chart, and zodiac sign etc. It will also allow you to open Sonam's detailed horoscope in 'AstroSage Cloud' for research and analysis.... Read more on Sonam Birth Chart