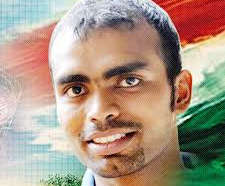 Sreejesh Parattu Ravindran is an Indian hockey player. He was the goalkeeper of Indian team at the 2010 Hockey World Cup. He played an excellent role in the first Asian Champions Trophy (2011) held at Ordos, China, in which India defeated Pakistan 4-2 in the final. He made two crucial saves in the penalty shootout. He was the Goal keeper for the Road to Olympics Delhi final against France. He represented India in Men's Hockey during the 2012 London Olympics and the 2014 Men's Hockey World Cup held at the Hague, Netherlands....Read more on about Sreejesh Ravindran horoscope