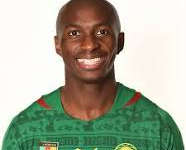 Stéphane Mbia Etoundi is a Cameroonian footballer who plays for Sevilla FC in La Liga, on loan from Queens Park Rangers, as a defensive midfielder....Read more on about Stephane Mbia horoscope