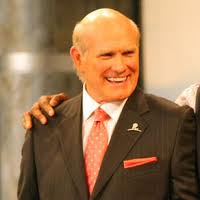 Terry Paxton Bradshaw is a former American football quarterback who played for the Pittsburgh Steelers in the National Football League. He is currently a TV analyst and co-host of Fox NFL Sunday....Read more on about Terry Bradshaw horoscope