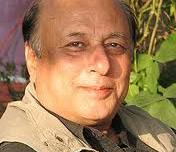 Uday Prakash is a Hindi poet,scholar, journalist, translator and short story writer from India. He has worked as administrator, editor, researcher, and TV director. He writes for major dailies and periodicals as a free-lance writer....Read more on about Uday Prakash horoscope