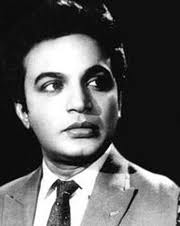 Uttam Kumar is considered to be one of the most popular names of Indian Bengali Cinema. He was a versatile actor, producer, director, music director and singer. Uttam’s first film was ‘Drishtidan’ (The gift of sight) which was directed by the director Nitin Bose. Although he was mostly into Bengali films, yet he has also acted in the Hindi films such as ‘Amanush’, ‘Chhoti Si Mulaqat’ with vyjayanthimala and ‘Dooriyan’with Sharmila Tagore. Uttam Kumar’s time is still considered as the Golden period of Bengali cinema....Read more on about Uttam Kumar horoscope

A birth chart (also known as kundli, janma kundali, or horoscope) is a map of heaven at the time of birth. Uttam Kumar's birth chart will show you Uttam Kumar's planetary positions, dasa, rasi chart, and zodiac sign etc. It will also allow you to open Uttam Kumar's detailed horoscope in 'AstroSage Cloud' for research and analysis.... Read more on Uttam Kumar Birth Chart