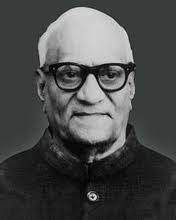 V.V. Giri was appointed Ceylon's high commissioner after the independence of India. He was elected the member of the first Lok Sabha from the constituency of Pathapatnam. He served the labor ministry until he resigned in the year 1954. He also received the highest award of India i.e. Bharat Ratna Award in the year 1975. He expired in the year 1980....Read more on about V. V. Giri horoscope