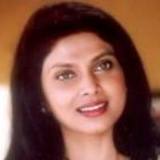 Varsha Usgaonkar is considered to be a very famous actress of Marathi who has also played a number of roles in the bollywood movies. During the period of 1990s she gave a lot of Marathi hits. She got an entry into the Television Industry during 1990s. Varsha attained the popularity when she played the character of “Uttara” in Mahabharata....Read more on about Varsha Usgaonkar horoscope