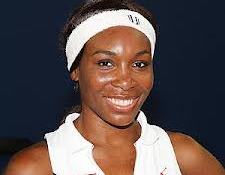 Venus Ebony Starr Williams is an American professional tennis player who is a former World No. 1 and is ranked World No. 22 as of February 11, 2013 in singles....Read more on about Venus Williams horoscope