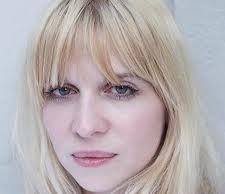 Zelda Tinska, born Milica Zelda Tinska is a Serbian actress who lives and works in London, UK. She has appeared in various TV series and films alongside Leonardo DiCaprio, Richard Madden, Paterson Joseph, Daniel Craig and many other renowned actors....Read more on about Zelda Tinska horoscope

Zelda Tinska may get indulge into sudden losses financially. Failure in attempts will make Zelda Tinska feel frustrated. Zelda Tinska will have to slog as the work burden will be too much. There is displacement, transfer and trouble in foreign lands. There are chances of falling into bad companies so, better aware of that. Zelda Tinska's health will be weak and Zelda Tinska will be caught by many diseases. Zelda Tinska's social reputation can also be hampered. There will be disputes with good people in the society. ... Read more on Zelda Tinska 2022 Horoscope