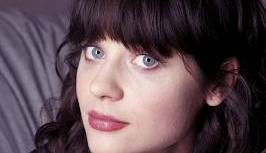 Love comes early in Zooey Deschanel's life and when it comes, it strikes a very ardent note. But big flames die out quickly and Zooey Deschanel are out of love many times before the final choice is made. Probably, the wedding will not be an early one, nevertheless, it will be a happy one.