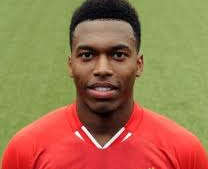 Daniel Andre Sturridge is an English footballer who plays for Liverpool and the England national team as a striker. Born in Birmingham, Sturridge spent four years in the Aston Villa academy before moving to Coventry City....Read more on about Daniel Sturridge horoscope