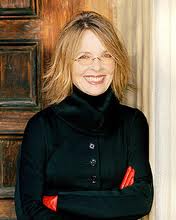 Diane Keaton is a versatile name in Tinsel town. She is an award winning, American film actress, screenwriter, producer and director. Keaton started her career fro stage and made her first screen debut in 1970. Additionally, she always wanted to be a singer. She had a small career as a recording artist in 1970s. Till now, she is active in Tinsel now following her other career lines. ...Read more on about Diane Keaton horoscope