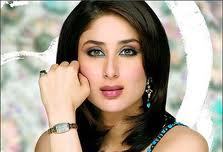 Kareena Kapoor a.k.a. Kareena Kapoor Khan is an Indian Bollywood actress. Born in the family of stars, parents Randhir Kapoor and Babita, elder sister Karishma, she came in spotlight at a very young age. However, she started her acting debut in 2000 with the movie Refugee. Since then, she has maintained a good reputation in the Tinsel town. Her followers watch her apparels keenly, following this idea, she also owns an apparel line with a reputed brand name....Read more on about Kareena Kapoor horoscope