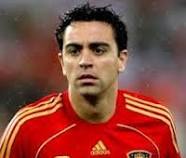 Xavier "Xavi" Hernández i Creus, is a Spanish footballer who plays as a central midfielder for FC Barcelona and the Spanish national football team. Xavi came through La Masia, the Barcelona youth academy, at the age of 11....Read more on about Xavi horoscope

Xavi may hear bad news about a close relative or family member. Xavi are advised to take proper care of Xavi'sself as there are chances of suffering from diseases. There is a loss of wealth, loss of confidence, fruitless and mental worries. People jealousy for Xavi can cause problems. Chances of financial loss due to theft are also there. Xavi may also indulge in bad company and bad habits.... Read more on Xavi 2023 Horoscope

A birth chart (also known as kundli, janma kundali, or horoscope) is a map of heaven at the time of birth. Xavi's birth chart will show you Xavi's planetary positions, dasa, rasi chart, and zodiac sign etc. It will also allow you to open Xavi's detailed horoscope in 'AstroSage Cloud' for research and analysis.... Read more on Xavi Birth Chart